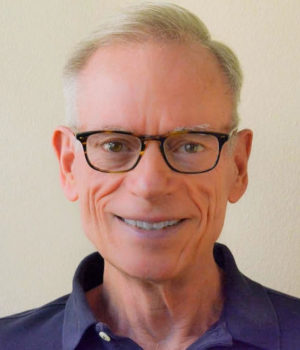 For nearly four decades Dr. Bernard Golden, through both his writing and through his practice, has provided expertise in helping people with self-awareness and identify specific strategies to address challenges associated with anger.

Dr. Golden, along with being the author of several books including Overcoming Destructive Anger, is the founder of Anger Management Education in Chicago and has clinical experience in a variety of settings, including community mental health centers, inpatient psychiatric hospitals, private practice groups and individual practice.

Everyday Diabetes Magazine Editor in Chief, Bobby McGill, recently had an informative conversation with Dr. Golden that we’re very happy to share with our readers.

Can you talk about what destructive anger is and how a person can know if they are affected by it?

Anger stems from feeling threatened. It is also a reaction to some form of inner pain that might include feelings like shame, anxiety, fear and powerlessness. Anger is destructive when we impulsively react to it rather than pause to reflect on it.

Such anger needs to be addressed when it occurs often, appears overly intense for the situation, and when we have difficulty letting go of it. Destructive anger can estrange colleagues, friends and loved ones. It has been found to contribute to cardiac problems, diabetes, high blood pressure and accidents.

Diabetes, although not caused by anger, may be exacerbated by anger. Increased levels of cortisol, resulting from the “fight-flight” response associated with anger, can impact blood glucose levels as well as decrease the immune system.

For people in general, are there any particular causes of destructive anger?

How we manage anger–our quickness to anger, the situations that trigger our anger, and how we respond to anger–is a habit. It is a result of our biological makeup as well as our life experiences.

Some of us, by temperament, are more “thin-skinned” and reactive than others. Similarly, some studies suggest that one or more genes may contribute to a tendency toward aggression. However, like much of personality, whether or not these tendencies are expressed depends on the influence of experiences that include our relationships, modeling of others, and the messages that we have internalized.

You’ve said that people with diabetes are often especially prone to experiencing anger. Why is it of particular concern for diabetics?

Diabetes, although not caused by anger, may be exacerbated by anger. Increased levels of cortisol, resulting from the “fight-flight” response associated with anger, can impact blood glucose levels as well as decrease the immune system. Lowered or elevated glucose levels in blood that reaches the brain can, in turn, lead to irritability and even impaired judgment.

Additionally, diabetes is associated with many threats. Consequently, it can lead to hyper-vigilance for threats and a diminished threshold for experiencing them.

Practicing skills in mindfulness help us to observe our thoughts, feelings and sensations without becoming overwhelmed by them.

Practicing skills in mindfulness help us to observe our thoughts, feelings and sensations without becoming overwhelmed by them. Informal practices in mindfulness as well as mindfulness meditation help us to label these experiences, allowing us increased choice in how to respond to them.

Is it as difficult as it sounds? Are people often successful at bringing their anger issues under control?

Anger is a habit in our thinking, feeling and behavior. The good news is that as we engage in new thoughts, feelings and behavior, we strengthen and increase the number of neuronal connections in the brain regarding these new habits. Through practice, these newly acquire habits become a part of our automatic repertoire.

Success depends on the motivation to change as well as committed practice. Some individuals learn to pause and not be destructive in their behaviors. Others delve more deeply to understand the true message and meaning behind their anger.

What are some of the biggest challenges people face when trying to control their anger?

Major challenges to cultivating “healthy anger” include the following:

You can check out all of Dr. Golden’s books on Amazon or visit him on the web at angermanagementeducation.com


Warning: A non-numeric value encountered in /home/every192/public_html/wp-content/themes/Newsmag/includes/wp_booster/td_block.php on line 352

The Low Down on Exercise and Type 2 Diabetes

Warning: A non-numeric value encountered in /home/every192/public_html/wp-content/themes/Newsmag/includes/wp_booster/td_block.php on line 364