Fitness trainers, and husband and wife, Sharny and Julius Kieser, wanted to show that after gaining weight that they could gain it back and lost it again. So they purposely gained 60 lbs.

According to the Queensland, Australia-based fitness experts had already packed on a couple of pounds after the birth of their fifth child, “We just let go with our eating. Let the food take us wherever it wanted to go,” said Sharny, 36, told People Magazine.

According to the article:

By May, about three months after Magnus’ birth, the couple had started the slow process of losing the weight they’d gained, but had a late-night revelation.

“We were scrolling through Facebook and looking at all the fitness people and thinking, ‘What do they know about being fat, about being parents, about being addicted to food.’ ” she says. “We were just about to start losing weight quietly again, so our followers didn’t know we’d gotten to this state. Then we remembered why we had gotten into fitness in the first place. We wanted to be completely transparent.”

“We are not fitness models, we are just a mum and a dad who use fitness as a way to connect with each other and spend time with our kids. By hiding the fact that we were getting fat, we were being dishonest. We were perpetrating a myth that fitness is a permanent state and is easy.”

Read the rest over at People or check out their interview with Yahoo Australia TV.

Check out all of our Recipes! 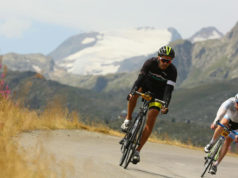 An Interview with Daniel Puddick – Founder of Sundried Activewear

Diabetes 2 Risk Affected by How You Cook Food Study Finds 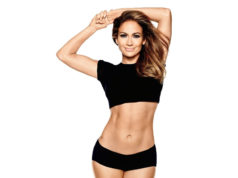 Jennifer Lopez Dishes up Some Fitness Secrets for Staying Healthy

An Interview with Daniel Puddick – Founder of Sundried Activewear

Gin Lee
Every piece of Sundried activewear comes with a special tracking code on the label that allows consumers the chance to explore the whole journey of the garment through the production process.

Diabetes 2 Risk Affected by How You Cook Food Study Finds

Jennifer Lopez Dishes up Some Fitness Secrets for Staying Healthy